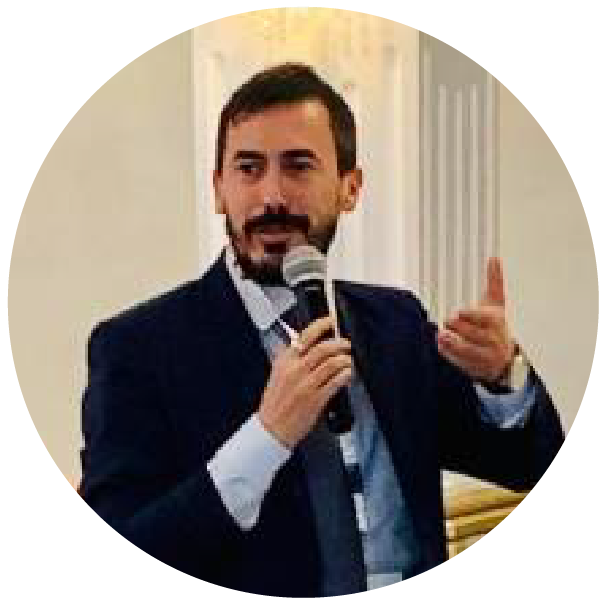 Founder, President and CEO, European Project Manager, Formal and Non Formal Education Trainer and Marketing Expert – Dr. Solinas is the mastermind behind the strategy and the concept of Mine Vaganti NGO (MVNGO) and in charge of all the economic aspects. As director of the Project & Research Hub, Dr. Solinas is responsible of all proposal writing made by MVNGO, and equipped with a vast expertise in various fields such as e.g. Social Entrepreneurship, Intercultural Dialogue, Environmental quests and Education Through Sport represent a plus for the project team. Leading web development & social media coverage of MVNGO, Dr. Solinas is in charge of developing MVNGO’s trans-continental network.

He coordinates the main activities of MVNGO in the Sport field. As key-note speaker, moderator or as trainer (recognized by SALTO) Dr. Solinas attended many conferences, seminars and training courses around the world. Dr. Solinas accomplished his master degree in Communication and Marketing Studies at “Sapienza” University in Rome and obtained a specialization in “Sport management” at University “Bicocca” in Milan. Currently he’s achieving a Phd at the National Sports Academy “Vassil Levski” (Sofia), Bulgaria. 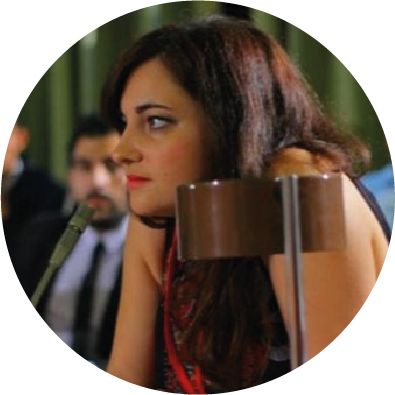 Co-founder, European Project Manager, Trainer, PR and Communication Expert – Dr. Pirina coordinates the main activities of Mine Vaganti NGO (MVNGO) in the field of hosting vocational training, European (ESC), National (SCU) volunteers and global youth mobility. Dr. Pirina established, and leads on behalf of the NGO, all local up to intercontinental partnerships ensuring an high-quality mobility uptake for the participants, and is responsible for the online and offline marketing campaigns of the NGO.

She is Executive Board Member of MV International, ENGO network. As speaker, moderator or as official trainer Dr. Pirina attended many conferences trainings and seminars around the world. Dr. Pirina accomplished her master degree in Communication for Enterprise at “La Sapienza” University in Rome and obtained two specializations in “Communication and Organisation” at “La Sapienza” University in Rome and Cultural Event Management at ”Scuola Lisa Mascolo”. 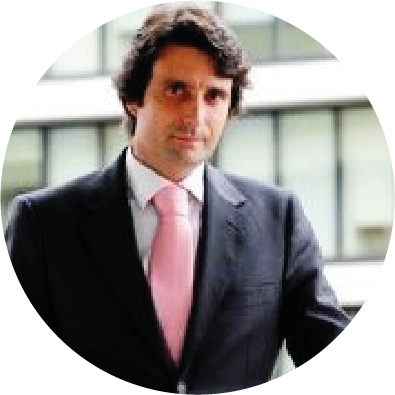 Miguel has a degree in economics, a management consultancy specialization and an executive MBA in Business Management.

With a solid professional career of 33 years in the public and private sectors, since 2000 assumed responsibilities in structuring, managing and developing enterprises, brands, commercial platforms and strategic business units in a multicultural, multidimensional and multisectorial dimensions including 10 years of relevant experience in the implementation of R&D&I Units as well coordinating Eurofunding Projects namely PROJECT GREAT, Europe 2020 Strategy, LLL European HUB, Ericeira WSR+10 and BEST WATERS.

He also has pedagogical experience as associated professor at University level in the Innovation, Human Capital Development and Economics fields of knowledge and is a Certified Corporate Trainer (Certificado Competências Pedagogicas/CAP). 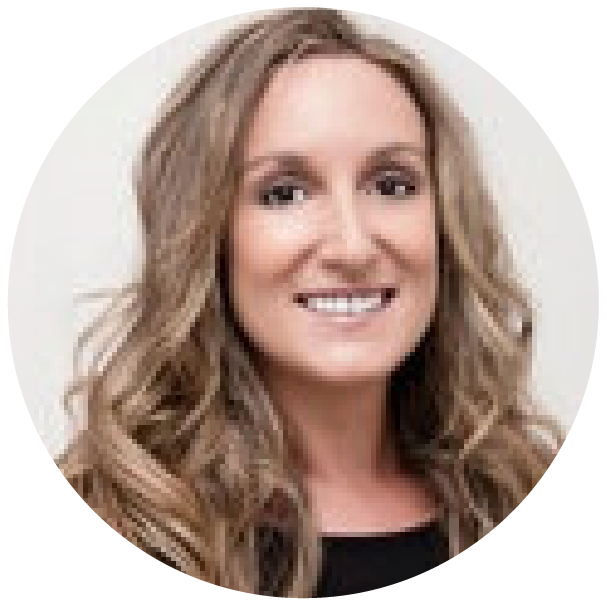 Regarding her research activity, she belongs to the Research Group GDOT (Sports Management, Leisure and Technology) of UCAM, in which she develops and participates in research and publications related to sports management, as well as in several national and European competitive projects.  Finally, it is worth mentioning her participation in different national and international conferences and congresses, as a member of the scientific and organising committees and as speaker. 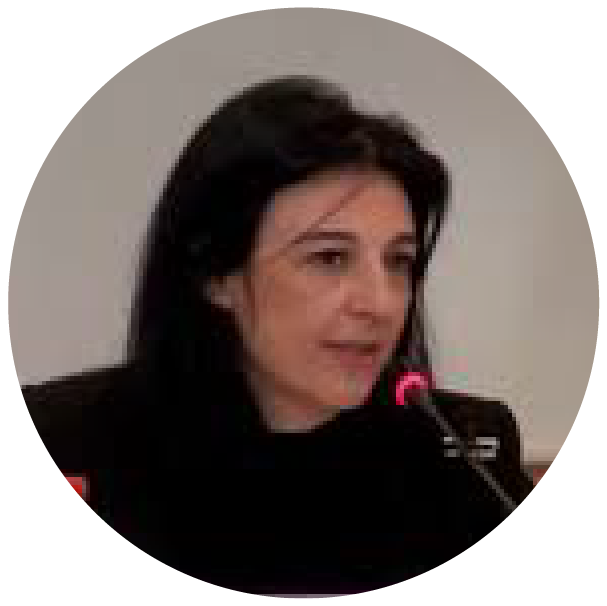 She is also engaged as: President of CDLM Organization and Marketing for business communication, Director of the CMES master (Communication and management of sporting events); Communication Manager of the Sport Services Center of Sapienza, Sapienza Sport and member of the board of directors, member of the University placement commission; member of IRIS, International Research Network of Sport Tourism. 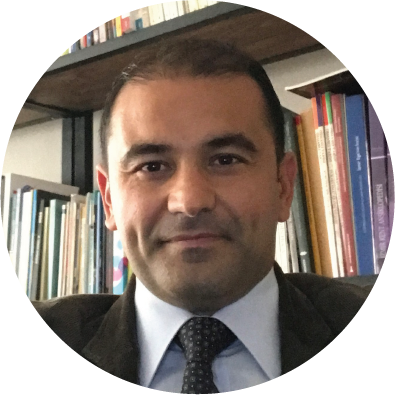 Volkan Altıntaş was born in 1978. He graduated from Gazi University in Ankara with Bachelor’s degree in Business Administration and obtained an MSc in Tourism and Hotel Management at Akdeniz University in Antalya where he proceed to PhD at the same department. He worked as a Research Assistant between 2003-2010.

At the same time, he was the member of the Junior Researchers team in the center for European Integration Studies at Bonn University in Germany. He completed PhD in 2010 with the dissertation of “The Effects of Tourism Development on Quality of Life of Residents: The Model of Alanya Region”.

His interested research areas are European Union, tourism politics, regional developments, quality of life and tourism economics. He knows English and German in professional level as foreign languages. He is working at Izmir Katip Çelebi University, Faculty of Tourism as an Associate Professor. 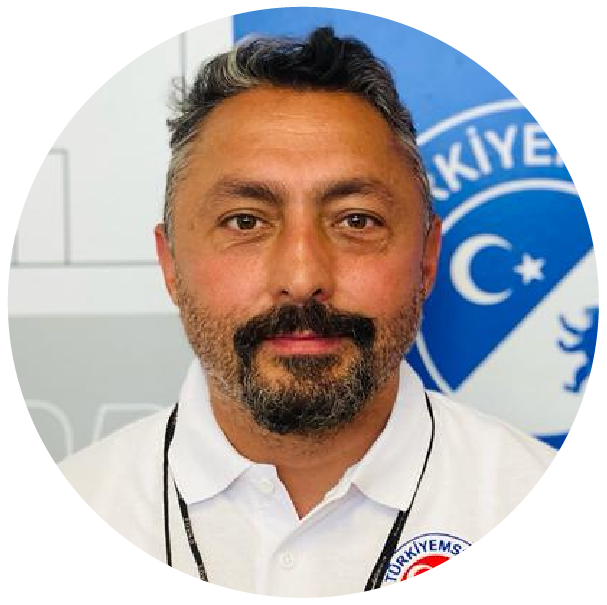 Hasan Çil nearly played for 40 years soccer. Since 2003 soccer Coach and since 2007  official licensed Soccer Coach. He was the Coach in different soccer clubs in Berlin. In a couple of those clubs he was successful. A couple of the boys he trained are now professional football players. The last two successful events were that he raised the U 12 Türkiyemspor Berlin boys and the school where he works as an educator.

In 2020 one of the biggest German football tournament was held in Berlin  named Drumbo Cup – where his team made it to the first place of whole of Berlin. As well as at another tournament of European schools. with his team of first and second graders 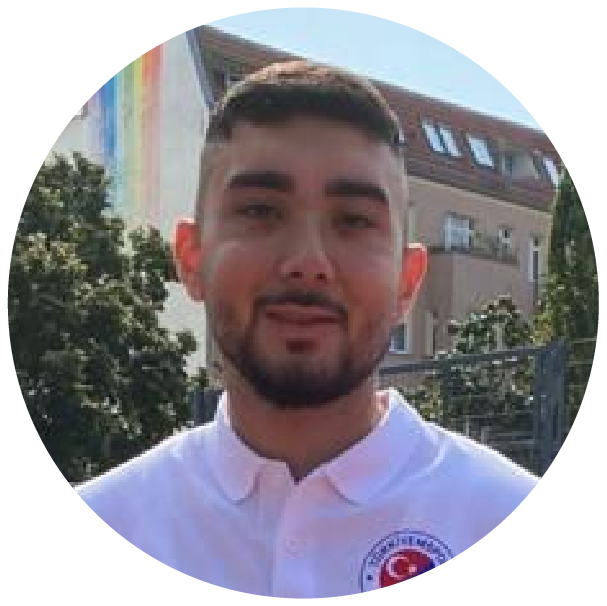 Emirhan Cil, works as a Football Coach since 2020. he raised the U 12 Türkiyemspor Berlin boys together with his dad. Today he is head coach of the U 14 Boys by Türkiyemspor Berlin and licensed Trainer, dedicated to make  education a tool for social assistance 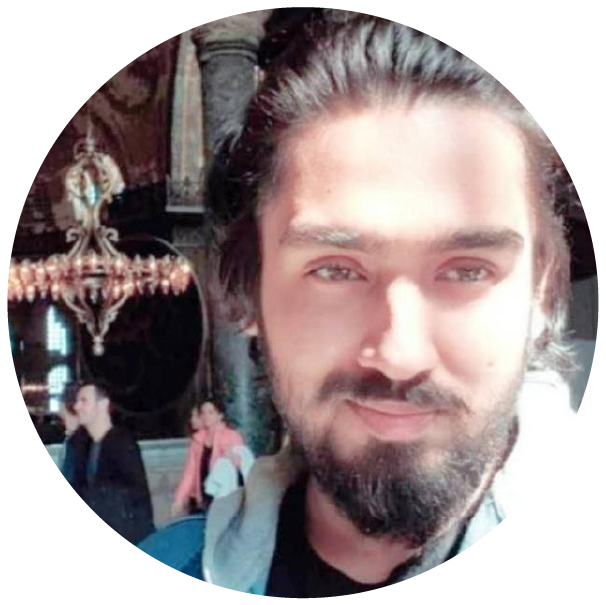 A Ph.D. candidate from Yasar University, that loves to explore cultures and what influences cultures, what shapes them, and the social fabric. The latter gave him completely different optics of sports and education. He had the privilege of leading educational institutions’ teams to perform international and domestic sports events and competitions to lead their indication and group performances.

He observed sports education in different schools and colleges and their implementation on the field in detail. The events were telecasted globally and attached good international audiences as well, promoting local sports globally, which was a matter of great national pride. He enjoys the urge to explore in detail various aspects of education, sustainability, sports, and tourism, developing their interlink and study on the various models and theories that are embedded in the same. 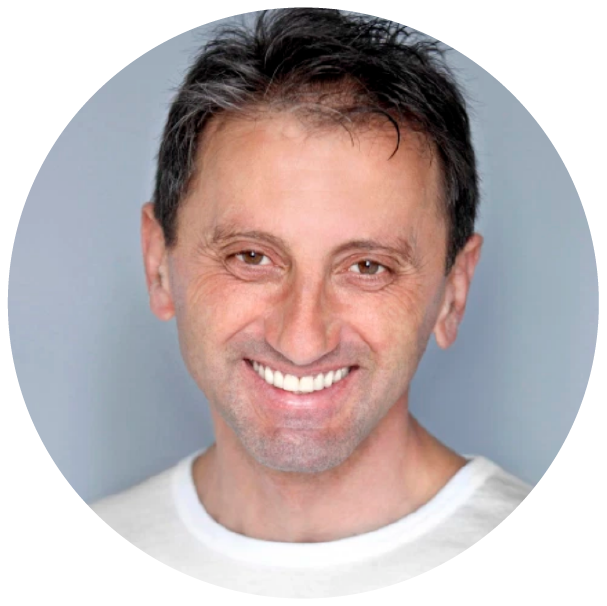 Christo Velkov is an experienced civil society and philanthropy activist. Born in Bulgaria, he was involved in pro-democracy students’ movements, which led to the fall of the Berlin Wall. Pursuing business education in Brussels, he started his professional carrier at the European Foundation Centre as the first Grantmakers East Secretary. Subsequently, he has held senior positions at EurActiv Foundation and the German Marshall Fund of the United States.

Velkov has dedicated most of his professional carrier to Special Olympics, the largest global movement working towards full social inclusion of people with intellectual disabilities through sports-related initiatives. He has led groundbreaking improvements in Former Yugoslavia, review of orphanage policies and practices across Eastern Europe, engagement of EU and UN institutions and sports governing bodies, promotion of higher standards for child and vulnerable adult protection and safeguarding.

Velkov has received his postgraduate education from INSEAD (Business Administration) and Universite Libre de Bruxelles (African Studies). A father of three, he resides with his family in Brussels. In his spare time, he is a passionate, award-winning sailor. 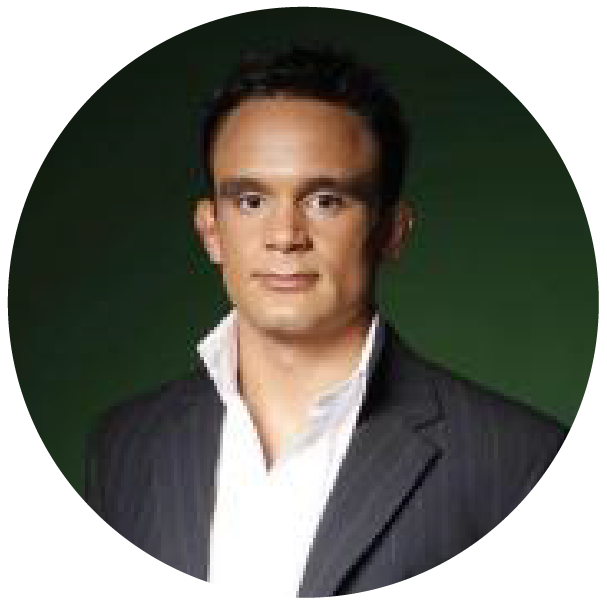 Pedro Dias works at the International Olympic Committee as a Gender Equality and Inclusion Manager. Previously he was the Director of Sport Evolution Alliance, an NGO specialized in European Grants, mainly the Erasmus + Sport Program .

He holds a bachelor in Sport Management and he has successfully completed the programme “Executive Masters in Sport Organizations Management – MEMOS”. Pedro Dias is an Olympic Judoka, third place in the European Championship, and he also performed as a coach in this sport. During many years he has worked organizing dozens of international sport events in Portugal and in Brazil, and he was also the Sport Director of the Sporting Clube de Portugal Beach Soccer Team. Through his career has acquired a worldwide sport stakeholders’ network. 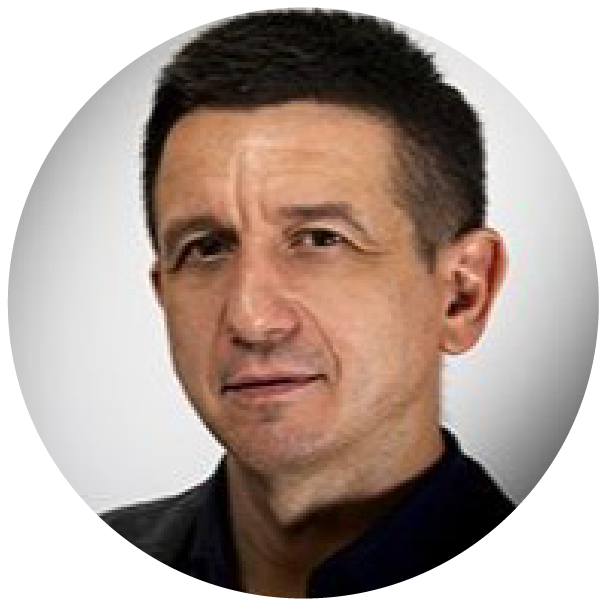 As graduate of Romance Philology at the Maria Curie-Sklodowska University (UMCS) in Lublin, he obtained his Doctor of Philosophy degree at the Faculty of Political Science, UMCS in 2002 for a thesis titled “External cultural policy of France in the post-Cold War Europe.” Beneficiary of a number of scholarships from: the Ministry of Culture and Communication of the French Republic, the Italian Government, and the TEMPUS program. Editor of scientific publications and book series. Former Director of the Regional Centre for European Information in Płock, Poland and TEAM EUROPE Member of the European Commission. Member of the Scientific Society of Płock. Former President of the Public Benefit Works Council of the Płock City Council. Since June 2010 Chairman of the Foundation Programme “Grant Fund for Płock”. Rormer Director of the Institute of Tourism in Warsaw. Participated in numerous national and international conferences. Also a lecturer at Polish and foreign universities and colleges. 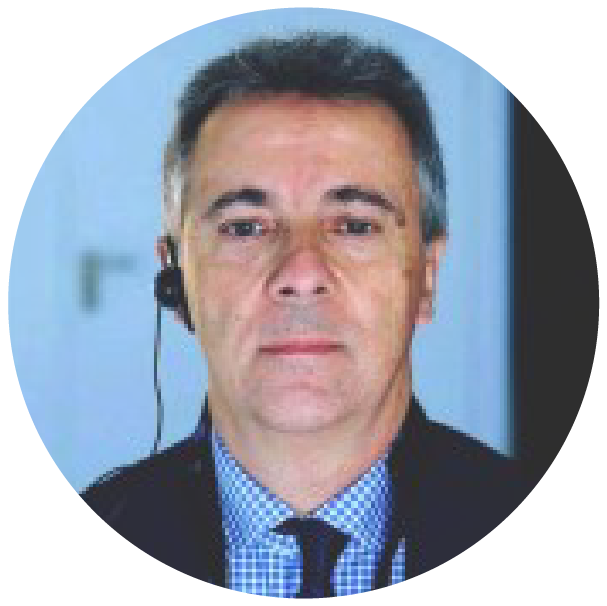 ASD Scuola Calcio Polisport Nuoro in which he is president is involving in Erasmus+ and Salvatore has an experience in Erasmus+ mobility such as implementation of Youth Exchange in sport field. 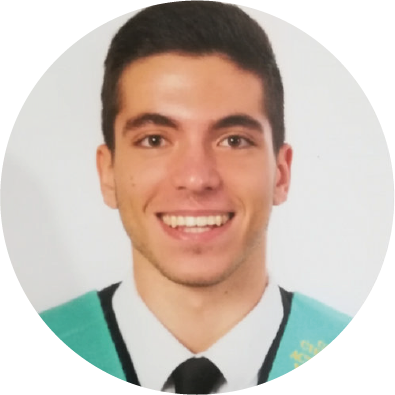 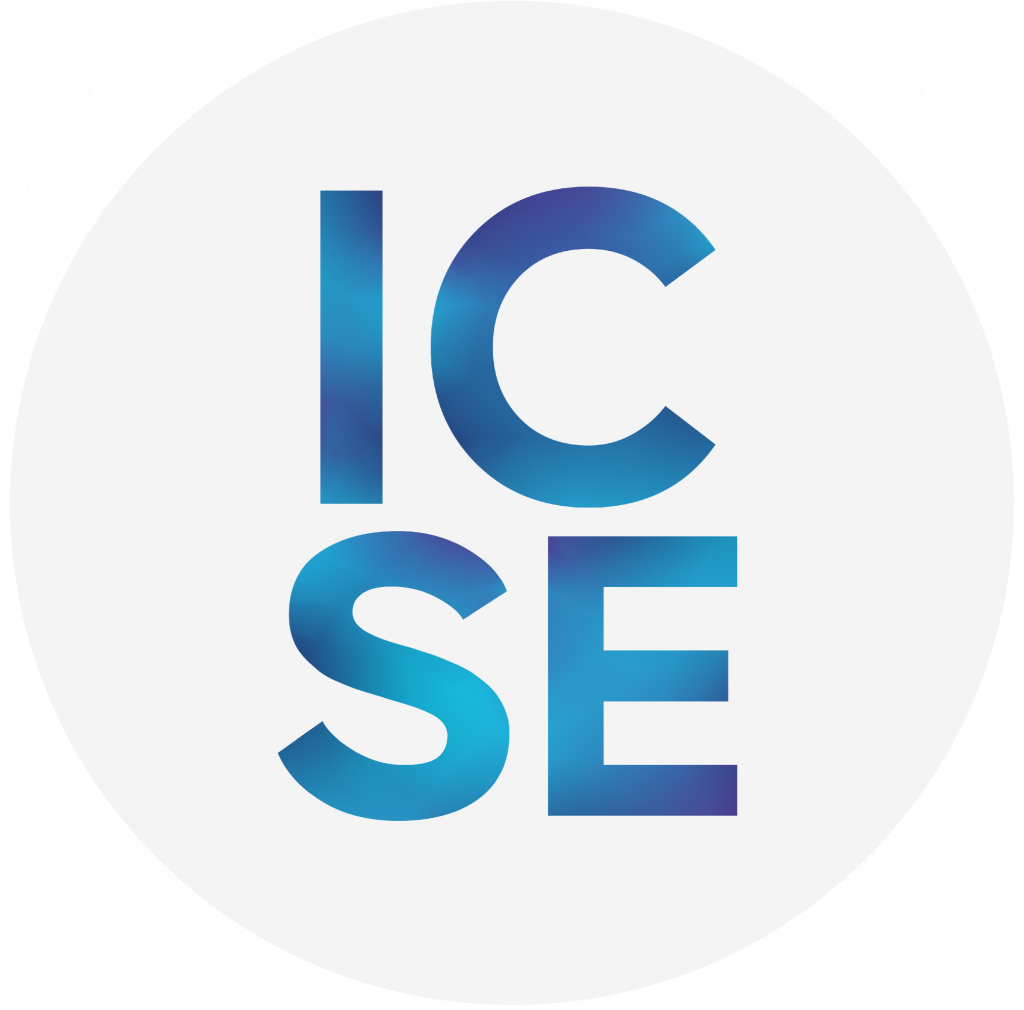 Prof. Esquerra teaches “mapeh” subjects among undergraduate students taking up music, arts, physical education, and health as their field of specialization. Also, an affiliate faculty of the CTE graduate department. As research coordinator, with the college unit research activities, he executes researches, creates baseline study’s that of use for various professionals and agencies through research outputs. 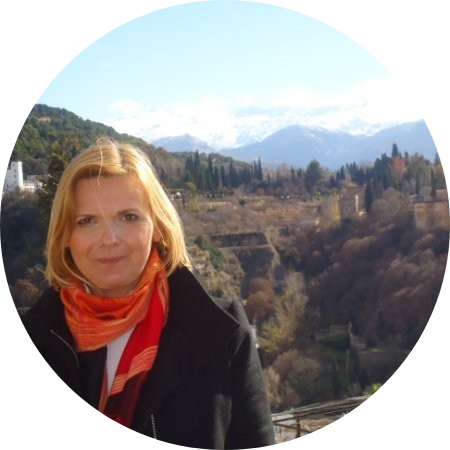 Finished PhD on the Faculty of Economics and Business, University of Maribor in 2016 on thematic Evaluation of competences in the field of vocational rehabilitation and their influence on employment of the disabled persons. She has over 18 years of experiences with leading and coaching the programmes for unemployed and persons with disabilities and has coordinated more than 40 national and international projects. She works as mentor and coach for disadvantaged people.

Dr. Zdenka is author of professional and scientific papers, scientific articles, contributions on conferences and author of numerous professional publications in the field of employment disadvantaged persons. She leads seminars for Association of Disabled workers in Slovenia and others. She have pedagogic – andragogic education and professional exam for education in Republic of Slovenia and was co-founder of the first practice firm for adults in Slovenia. Zdenka Wltavsky is highly qualified expert with more than 30 years professional experiences, pedagogical, management and creativity skills.

With a technical background studies and big passion to practice sport, sharing it and making a career from it, Mr. Oussama started working in a local gym in Tunisia after obtaining a ministerial diploma as body-sculptring and fitness, then moved to France to instruct sport in a youth center as civic service volunteer, which opened additional opportunities on local level in Tunisia in sales / industry fitness equipment – for Decathlon. He stayed socially engaged via sport and with other sports activists, he was able to install street-workout park financed by GIZ.The sport-social adventure continued with e.g. the Centre Francais Berlin with whom and various partners we lunched the Project “Wedding Moving” since 2020 as a sustainable and local action.